As reported in the Newburyport Daily News

NEWBURYPORT – Aurora Lemieux came into this world 93 minutes after midnight Sunday making the Haverhill newborn the first baby born at Anna Jaques Hospital in Newburyport in 2017.

Aurora's birth will likely go down as the most precious birthday gift her mother Nicole Mead will ever receive. Mead will turn 24 Tuesday, the day she, Tyler and Aurora were expected to leave the hospital.

"She's a great sleeper," Mead said, adding that she gave birth on her due date. 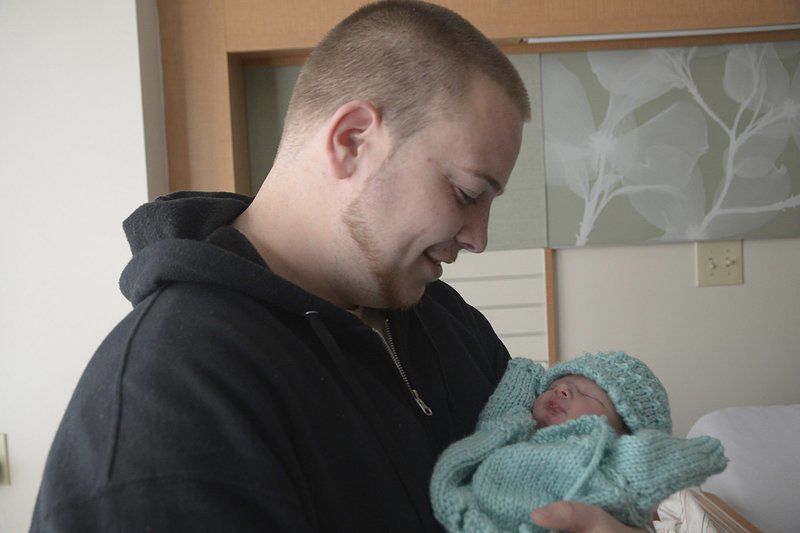 Aurora Lemieux, the first baby born at Anna Jaques in 2017, with her dad Tyler Lemieux of Haverhill.