Creating Opportunities Through Vision and Investment
AJH is planning for future growth in patient volume and community-based specialty care, especially in orthopedics. In December 2019, we launched our clinical collaboration with New England Baptist Hospital (NEBH), further distinguishing Anna Jaques as a destination for outstanding orthopedic consultation, surgery, and post-surgical care in the region. Building on the strength of our current clinical programs and exceptional orthopedic specialists, we are bringing the Baptist’s nationally recognized, data-driven and patient-centered model of care to our local community.

Build a Path to the Future at Anna Jaques Hospital- Buy a Brick!

Purchase a commemorative brick to fill the walkways leading to the new Helen & Byron J. Matthews Main Entrance and the Virginia A. Capolupo Entrance to honor a loved one, thank a caregiver, share an intention, or simply state your support with your name.

Operating Facilities
In response, AJH will build two new, large operating rooms to house leading-edge surgical technology and accommodate larger surgical teams.  Patients who need joint replacement, spine surgery, or outpatient surgery, such as hand, foot or ankle procedures, will benefit from the NEBH model of care, the latest orthopedic technology, and an outstanding patient experience – all close to home.

Renovated, Integrated Entrances
Expansion plans also include a new main entrance to Anna Jaques, dedicated to long-time hospital volunteers Helen and Byron J. Matthews (read more right). Visitors, patients, and staff will find the new entrance more efficient  and convenient, with a naturally-lit corridor that connects seamlessly to hospital departments, and provides a wide, welcoming staircase to departments on the lower level. The historic look and feel of the hospital will be maintained, with outside landscaping and seating for the enjoyment of those who visit and work here.

Campaign for Local Support
The estimated cost of this project is $8 million. The Stepping Forward Campaign Leadership Committee is actively engaged in a community-based appeal to raise $4 million through donor support. At this stage, over $3.4 million has been pledged or donated toward our goal. The balance of the project has been approved to be internally financed by the Anna Jaques Community Health Foundation.

All gifts made to the Stepping Forward Campaign and to the Anna Jaques Community Health Foundation stay in our community for the sole and exclusive support of Ann Jaques Hospital. The Foundation is accepting outright gifts, multi-year pledges, matching gifts and planned gifts as ways local donors can participate. A few naming opportunities exist and donors can also purchase inscribed bricks for the courtyard for donations of $500 and $1,000.

We invite your support for this important community project.

AJH and the greater Newburyport area have been strengthened by special people who have dedicated their professional and volunteer energies to the community’s progress and improvement.

In recognition of their substantial contributions as long-time volunteers to AJH and to our greater community, the hospital Board of Trustees has voted to name the new hospital entrance the Helen and Byron J. Matthews Main Entrance.

Byron Matthews was born at Anna Jaques, and Helen gave birth to their two sons here. Together they have served as hospital volunteers for more than 60 years. Helen was an active member of the Anna Jaques Hospital Aid Association for 11 years, and also volunteered her time to support hospital departments and special events, such as the annual golf tournament    Byron has provided more than 50 years of volunteer service to the hospital as a Corporator, hospital Trustee, and Building Committee member, and as a founding Board Member of the Anna Jaques Community Health Foundation.  His fundraising efforts are legendary. Leading the event committee over 28 years, Byron has raised over $2.5 million for the hospital as chair of the annual Fore Your Health Golf Tournament.

Byron is best known in the community for preserving historic Newburyport in the 1960s and 1970s during his tenure as Mayor.  His foresight has made Newburyport a thriving city that attracts residents and visitors year-round.  According to Anna Jaques Hospital Trustee, Wayne Capolupo, “It was Byron Matthews' willingness to make tough, sometimes unpopular decisions in the name of progress that helped create the bustling, picturesque downtown that exists today.”  The partner by his side through these accomplishments was Helen.

Renderings for the Operating Room and Front Entryway 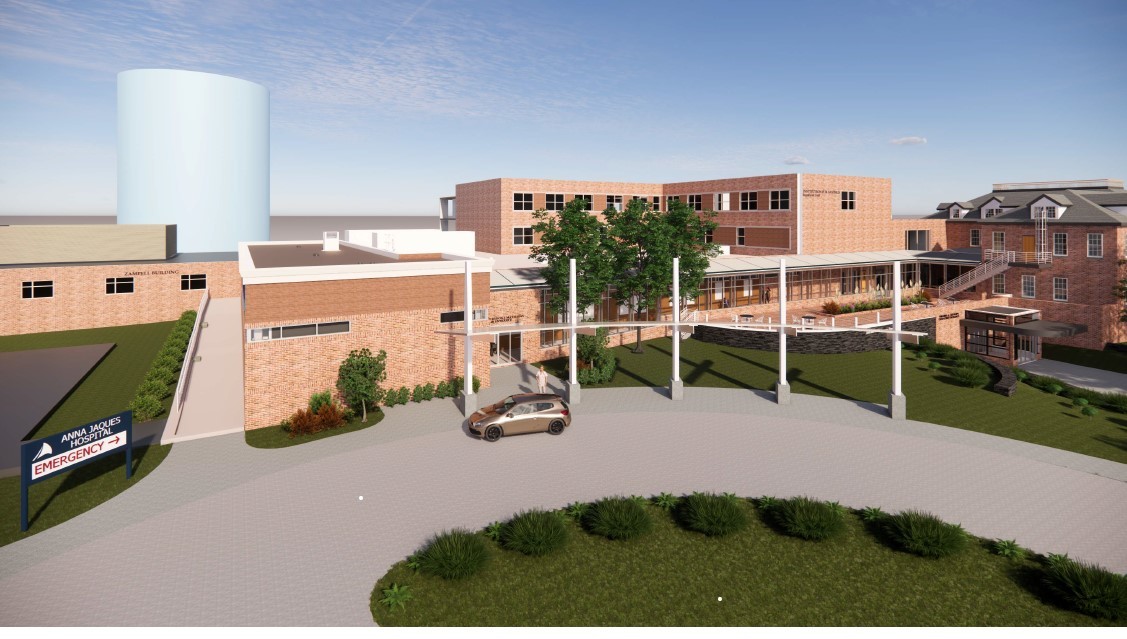 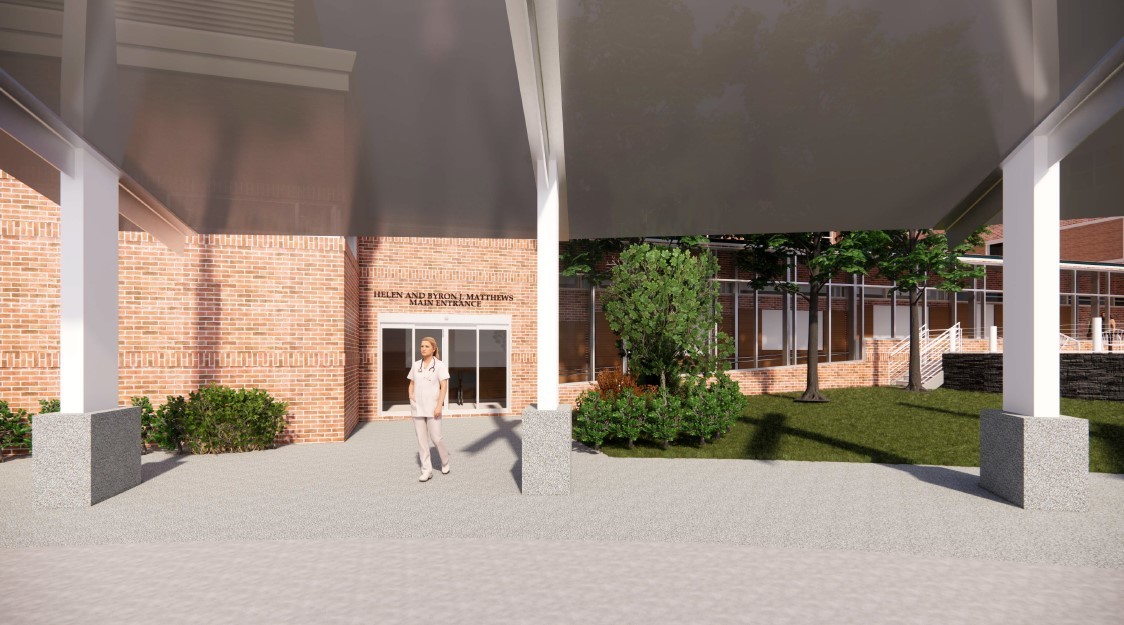 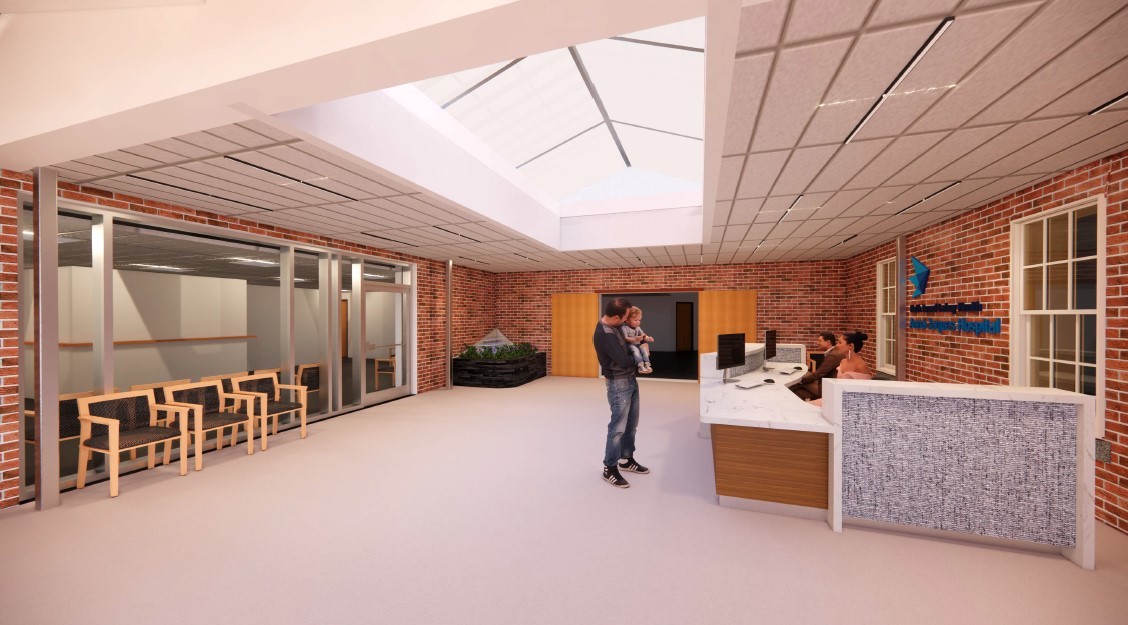 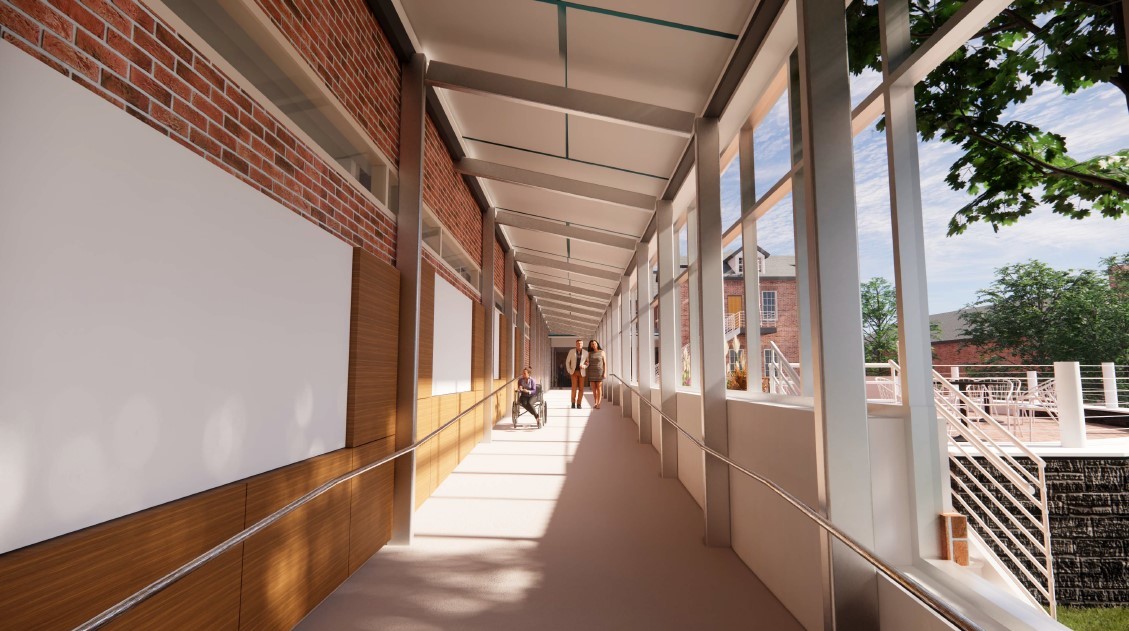 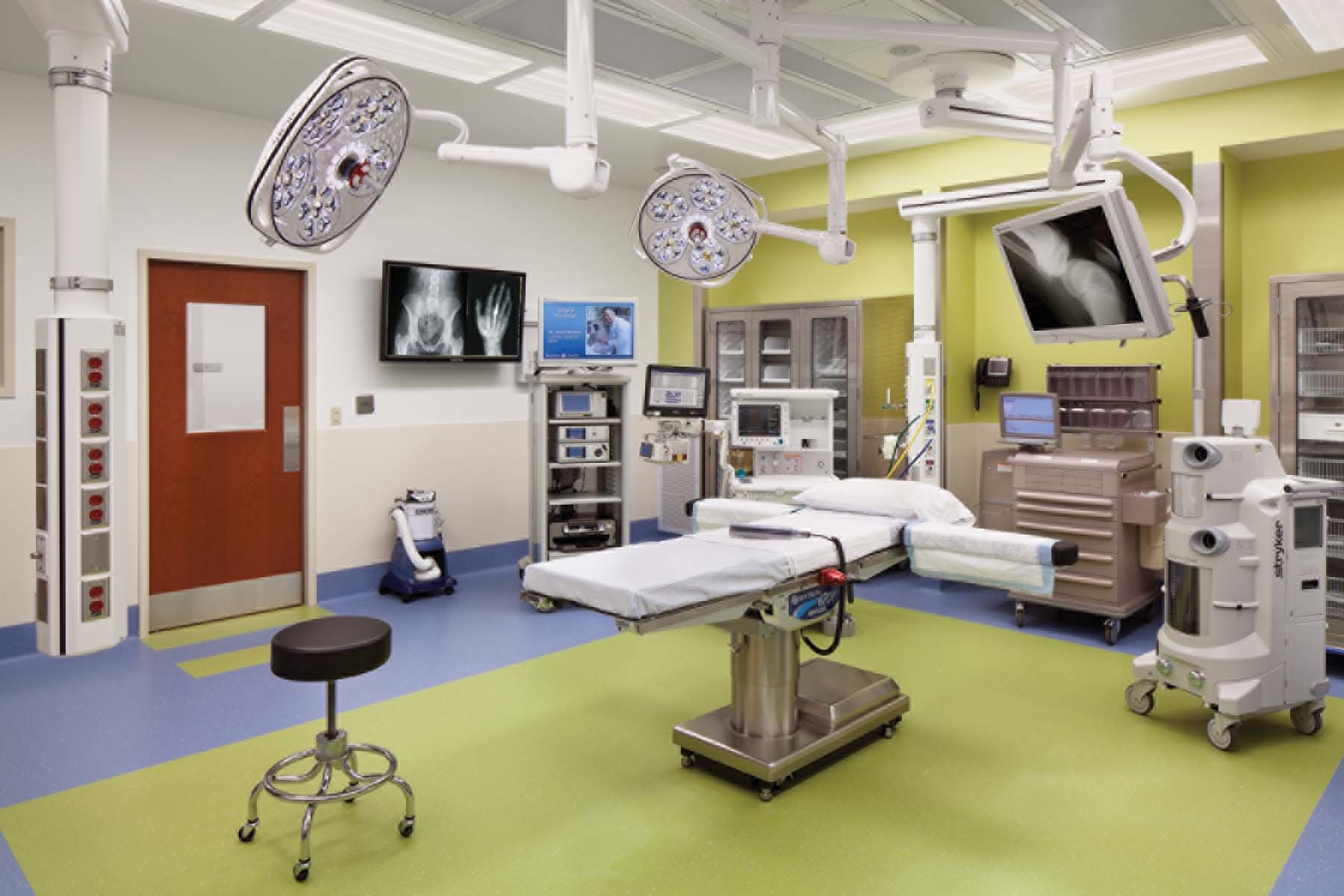